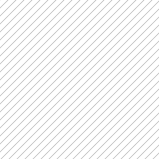 1
Every eighth person on Earth doesn’t have access to claen&safe water. Less than 1% of fresh water on our planet can be used without additional purification.

2
Decomposition in natural environment takes up to 2 years for paper, up to ten years for cans, 100 years for foil, 200 years - for plastic bottle, 500 years for aluminium can, and more than 1000 years for glass; actually, a glass bottle, thrown away at the moment, can be found harmless by our descendants in 12-15 generations after…

3
About 50 millions of tons of used cells and computers appear round the world yearly. It is right enough to half-begird the planet with trucks filled with mentioned wastes.

5
4 liters of machine grease is quite enough for poisoning of more than 4 millions liters of clear water - the same volume can be used by 50 people during 1 year.

7
By 2012 more than 43% of planet’s surface is invaded by anthropogenic politics (industry, agriculture etc.).

8
Air pollution of San Francisco is actually initiated in China.

9
The coverage of undisturbed ecosystems in Europe only 3-4% out of total EU area size, being in general the natural areas of protection.

10
Nowadays IT is already a cause of 3% carbon dioxide emission in the atmosphere. It is predicted CO2 emission caused by internet will rebound by over 20 percent by 2020.
WORLD OCEAN POLLUTION
The world ocean pollution endangers humankind. 300 million tons of plastic a year is being produced by humans all over the world. The world plastic production during previous decade exceeded the last century’s index number. Most of it goes to the dustbin, but still, according to UN environmentalists, almost 13 million tons of plastic wastes falls into the ocean yearly. According to their forecasts, the mass of waste in the world ocean is going to be higher than the total weight of all fish by 2050. Mentioned problem should disturb every inhabitant of Earth being much more profound than it may seem in the first gaze. Plastic makes up to 80% of the total waste amount circulating in the world's oceans water. Degrading plastic can be mistaken for food by sea animals, either fishes or birds and consequently swallowed. Ecologists claim tens of thousands of birds, seals and turtles die yearly for this reason. Statistics is unnerving, 90% of birds do swallow plastic waste taking it as food before their untimely death on the shore .
Baggies, plastic bottles, blisters, plastic wraps, disposable tableware - all fractionize, accumulating persistent toxic substances on its surfaces. It turns out, the same waste we get rid of, returns to our dining tables with food we eat and water we drink. E.g., when when eating a fish that’s contaminated with mercury waste, these substance will automatically get into the human organism. "Plastic is everywhere: in the air, in the water, in the seafood, in the beer we drink, in the salt that we use," New York University professor Sherry Mason says. During the study performed last year, a group of scientists led by her found plastic microparticles in tap water, seafood, beer, sea water and even in the air. 12 different types of salt purchased in grocery stores around the world were studied. The disappointing outcome showed particles of plastic being found in every probe, indicating that we constantly consume it with our food.
Spanish environmental experts conclusions were roughly the same; they have detected plastic used to produce plastic bottles in several samples of table salt. The chemical composition of the bottled water of the world's largest brands was analyzed - a total of 250 bottles from nine different countries - within the largest investigation conducted by the Orb Media journalist organization. Plastic particles were found in almost all the water samples. The total amount of daily discarded plastic rubbish in the US, EU, Norway and China is up to 37,000 tons. The leader of the World Ocean pollution is China. Considering the amount of plastic being produced and it’s far and wide usage by mankind, millions tons of plastic as a result will be found swimming in the oceans. 24 expeditions were carried out by the researchers to reveal the amount of waste circulating in the water basins around the world before Zealand designers managed to create an interactive map reflecting the degree of oceans pollution. The offered data was horrifying: there are 5.2 trillion plastic particles of a total weight of more than 268 thousand tons. Some recent study, however, showed that 99% of mentioned plastic has vanished. Scientists suggest that the clue is that that plastic has been eaten by fish.
It’s sad to recognize that plastic stands a good chance to enter the global food network through the World Ocean, and each human is going to become part of this food chain. Despite the puzzle with the plastic extinction, a large part of it however is still circulating in the World Ocean waters. The stream can gather rubbish in some massive congestion, the most spectacular example of which is maybe the Great Pacific Garbage Spot, with approximate size of 700,000 -up to 15 million square kilometers or even more. It’s doubtless animals consume a huge amount of plastic. There are varieties of hypotheses explaining the disappearance of garbage - nevertheless, none of them is inspiring. One of the worst expectation is maybe the following:"the plastic accumulation at oceanic depths will cause irreversible changes to this mysterious ecosystem before we realize it".
Your message has been sent. We will contact you shortly. Thank!
An error occurred while submitting the form. Try again